Journey back in time to Anglo Saxon England in one of the famous Viking Longboats. With Astrid as their guide, through improvisation, song, riddles and movement, the children will begin to explore life during this fascinating period.

During the session the children will:

“Lillie’s session was absolutely brilliant. She covered everything the children needed to know about Vikings and was enthusiastic and engaging. She also adapted her lesson at short notice for one of our classes which have a high number of children on the Autism Spectrum Disorder and ADHD. The children responded really well to her and as a teacher I was really happy!”

“The children loved the workshop, especially when the actor told them a story which they then acted out. The costume was excellent also!”

“I just wanted to say a HUGE thank you for the amazing Anglo Saxon and Viking workshop we had today, we learned so much from Astrid The Elegant and would recommend her wholeheartedly to other KS2 classes studying these topic areas. She really brought AD793 to life for us all and the children were engaged throughout! “ 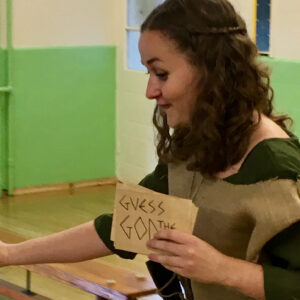 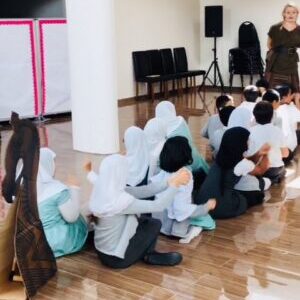