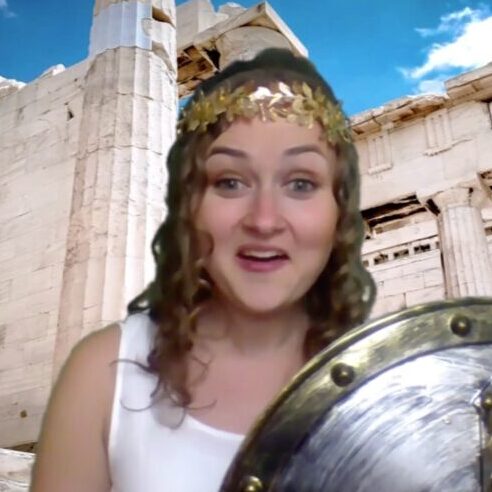 Meet Athena, the feisty favourite Goddess of Zeus. Let her bring to life some of the famous myths and legends that existed during this fascinating time and through drama, explore and experience life and work in ancient Greece.

“The children LOVED acting out the myth King Midas and the Golden Touch. They can still remember it and have used it to help them to write their own Greek myths! We also had parents evenings on the same week as the workshop and so many parents mentioned that their child could not stop talking about the workshop and how much fun they had there. Thank you very much!”

“Teachers and children found it very informative about a lot of different elements of Ancient Greece. It was very engaging and the children enjoyed the drama performance of the myths!”